Why IS LED Grow Light Purple? – ERICDU Skip to content

Why IS LED Grow Light Purple?

Sure, by now we are all aware that LED light does wonderful things for plant growth. Plants grow quicker and healthier than under other, traditional lighting methods such as HPS, and if the LEDs are good, then even better than under natural sunlight. But why are they always purple/pink? 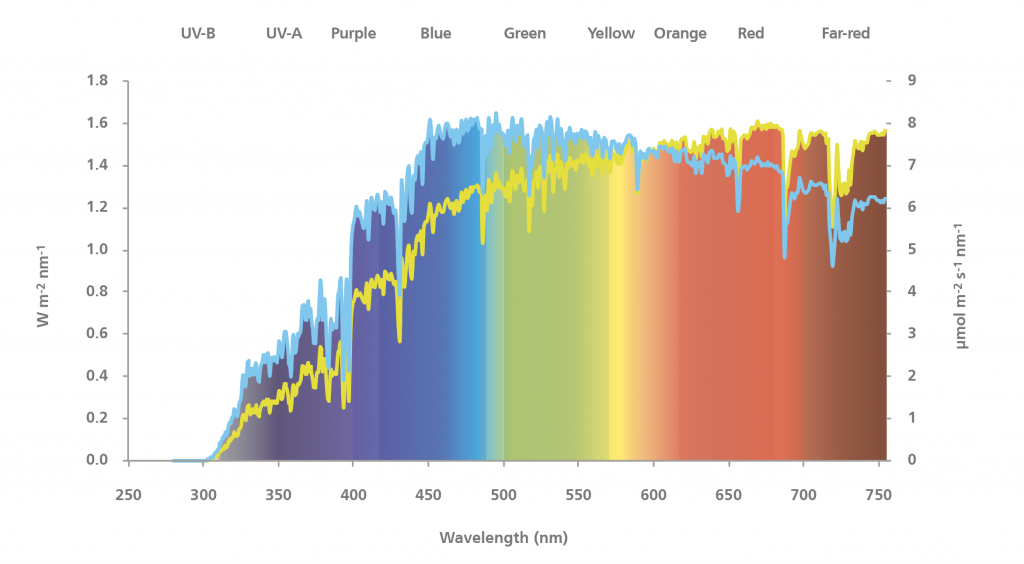 When constructing an LED lamp, we can decide which color LED chips to place inside depending on what kind of response we want to achieve from plants. For instance, if we want plants to grow tall, we will increase the amount of far-red, yellow, orange and green chips inside the luminaire. If we want plants to be compact, we will put more blue or UV colored chips. Why do plants respond in those ways to those particular colors is a broad topic that could be covered in a separate post. Either way, these kinds of responses are encoded in plants’ DNA and when designing LED lamps, we can count on plants responding the way nature has designed them to.

We could say that the two most important light colors to be placed in an LED lamp are: red and blue. Red is the main component needed for photosynthesis and stem elongation inhibition. Additionally, it signals to the plants that there are no other plants above it and that it can thus have uninhibited development. Blue stimulates stomatal opening, stem elongation inhibition, leaf expansion, curvature towards light and photoperiodic flowering. The combination of these two sets of effects will, in simple terms, get the plant from seed to the vegetative stage and eventually to flowering, but much slower than under continuous spectra a.k.a spectra that contain more than  just red and blue. Adding some other spectrum colors such as green, could enhance the leaf expansion rate and stem elongation, which in turn results in higher biomass (yield) accumulation. By adding UV wavelenghts one can affect the accumulation of compounds such as phenolics which could boost the flavor of the end product or its health benefits to humans. However, from the business perspective, red and blue LED chips are the cheapest to procure. And this is why most LED grow light manufacturers opt for simple red-blue combinations. Red chips have been manufactured for a long time and used as LED indicators in TV remotes, computers and other gadgets. Blue LEDs came into the market in the early 1990’s and both of these, just as they are, are suitable for plant cultivation. Yes, that means that when you illuminate with your plants with an LED light, it is as if you are pointing your TV remote towards it. It is the same light. Both red and blue LED chips these are off-the-shelf products, meaning quickly accessible in countless factories in China. And with the combination of red and blue LED chips we get: purple or pink light that has become the visual synonym of the LED grow light industry. So, there is the answer to our question, but…

Why is the LED purple so strong and unpleasant to human eyes?

There is a standard of how comfortable or pleasant light is to human eyes. It is called CRI – The Color Rendering Index. The authority that determines this quantitative measure is called The International Commission on Illumination (CIE) and it deals with issues of light, illumination, color and color spaces. In simple terms, what CRI determines is: how natural do colors of objects look under different kinds of lighting. Natural in this case means, as they would appear under light that appears color free (such as sunlight or some types of incadescent) and thus possible for the human spectator to identify all shades of color of the given object.

For instance, street lighting, typically High Pressure Sodium (HPS) has a CRI value of 20-40 while incadescent lights that we typically use to illuminate our homes have a CRI of 100. All values that fall below CRI 50 are considered difficult to work under and unable to portray objects in their true colors while values above 50 are the opposite. This is why everything in street lighting (if it’s HPS) looks yellowish while under incandescent bulbs even though they too are yellow-ish and warm, objects are visible in their natural state. 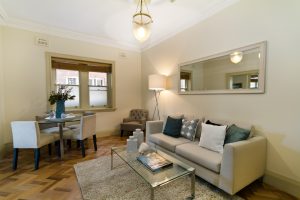 LED lamps that are simply made up of red-blue LED chips, reappropriated from gadget indicators have a CRI value of 0! What that means is that it is effectively impossible to identify any color of objects underneath it. When looking at, for instance lettuce under this kind of light it looks entirely purple. As does the soil, and everything around it. While not damaging to human eyes, it is extremely unpleasant to work under this kind of light . Additionally, it makes it impossible to identify details on plants such as discolorations due to diseases, various insects etc. Humans are not used to this kind of light as light with CRI value of 0 is nowehere to be seen in nature. 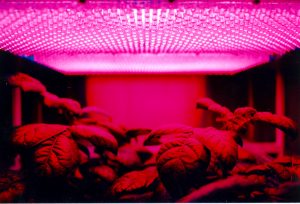 By complementing the LED chips combination with bits of other spectrum colors, we not only feed more information to the plants but also make a richer spectrum – one that contains more colors and is thus a closer match to sunlight. While the initial goal is not making a light that is pleasant to human eyes, but rather a light that is beneficial to plants, having a pleasant looking light is a side-effect that users of LED grow lights apreciate. This kind of light spectrum that contains bits of all spectrum colors is also known as full, wide or continuous. These terms, however are vastly and inadequately used by marketers of LED companies and can thus not be relied on. A good rule of thumb is to trust your own eyes as well. If the light looks strange to human eyes, is overly sharp and looks like nothing in nature, it has a low CRI value and is probably a result of a simple red-blue LED chip combination. The light that looks natural and pleasant to human eyes has a high CRI value and is probably made up of a combination of many differently colored LED chips.